I've received some tender mercies from the lord this week

Well another week has come and gone here in TayTay.  It's been wonderful and Heavenly Father has really blessed us this week...Personally for me & as a companionship.  I've received some tender mercies from the lord this week and feel that I've received answers to some of my prayers. We had zone interviews this past week with President.  I'm so grateful for him and his powerful testimony and the revelation that he receives.  He was really able to help me find peace and comfort and reassure me of the work I've done here in the mission.  As I've gotten near to the end, I've been thinking about my mission and all the things that I've done here, and I just wonder...if it's been acceptable to the lord...have I done what he sent me here to do? could I have done better? I think for the past few weeks Satan has been influencing thoughts in my head trying to make me feel like I haven't done enough.  I've been on my knees often the past 2 weeks praying and praying trying to overcome these feelings.  My interview with President Revillo came at just the right time and I was able to tell him about the things I've been feeling.  He was so kind and understanding and I know the things that he told me were truly inspired and they were coming from my Heavenly Father.  He just told me that he's been so grateful for the work I've done and that I've been a missionary that he's been able to trust in, and than he looked me in the eyes and told me that as my priesthood leader what I have done has been acceptable to him, and it's been acceptable to the lord.  Tears just poured down my face...and I could just feel a weight lifted and I felt comfort and peace.  I think it was the Holy Ghost confirming his words to me.
I know I haven't been a perfect missionary....I've had a lot of weaknesses, and Heavenly Father has been oh so patient with me and my imperfections.  But..with his help I've been able to overcome my fears, and just try my hardest to bring his children unto Christ.  And help them feel the healing power of the Atonement and find peace in their lives.  Their may have been times where I could have done better and worked harder, but I know that Heavenly Father knows my heart and he knows the reason why I'm here and the desires I have, I know he knows that I really tried my best, and he has helped make up for the weaknesses I've had. He is such a loving and kind Heavenly Father.

He has blessed us this week in finding some great investigators.  We have 4 baptisms scheduled for the Saturday right before I leave on the 12th.  They are the children of a less-active women who is starting to come back to church. We met them last week they all came to church and the members introduced them to us and we scheduled an appointment to meet with them. We have taught them 2 lessons and they are just the sweetest things and just soaking everything up and they LOVE coming to church.  Their mom was baptized when she was a young adult before she got married and it's been about 14 years since the last time she attended church.  For the past year she has seen one of the members in the ward who lives in her neighborhood leaving to go to church every Sunday.  One day she struck up the courage to ask her what church she attended and was surprised to find that it was our church.  She still believed everything was true and than she was prompted the next Sunday to bring her kids to church, and that was the day we met her:) We sat beside them in church yesterday and at one point during one of the talks her little 8 yr old boy who was sitting beside me tapped me on the hand and pointed to his mom.  She was just crying, than she noticed me looking and smiled at me, I just smiled back.  I know the spirit was touching her heart, I think she was just so glad to be back and to have her children with her.

Edgar also attended church this Sunday.  I mentioned him I think in my last letter.  I was so proud of the ward and the leaders, he was just welcomed with open arms into the ward.  At one point we didn't know where he was and we wanted to take him to the next class and we found him surrounded by the elders quorum president and a few other men they were talking to him and he just had a big smile on his face.  I just love this ward!

Me and Sister Morrell have had some great ideas for the ward and have been planning a missionary fireside.  We called a meeting yesterday with us four sisters here in Taytay 2nd ward and the other 4 sisters in Taytay 1st ward with both of our ward mission leaders.  Our objective for the fireside is to increase Desire to share the gospel and increase unity between the members and the full-time missionaries.  Were gonna have speakers, videos, musical numbers.  It will be in a few weeks, probably the Saturday right before I leave.  We are so excited and our meeting yesterday was really productive and we got some great feedback and great ideas from the ward mission leaders.  It's gonna be great, I'm so excited! I pray that the spirit will help us to know what to do so that we will be able to really bring the spirit and help the members get excited about sharing the gospel.  I love being a missionary!  and I'm excited to be a member missionary in 3 weeks:) I'm so grateful that it will never end:)

I love you guys! have a great week! 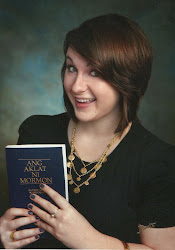 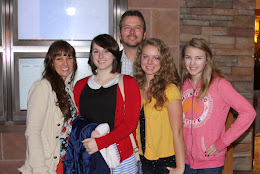 Goodbye's at the airport

Send Letters to Ammah: Her Address: